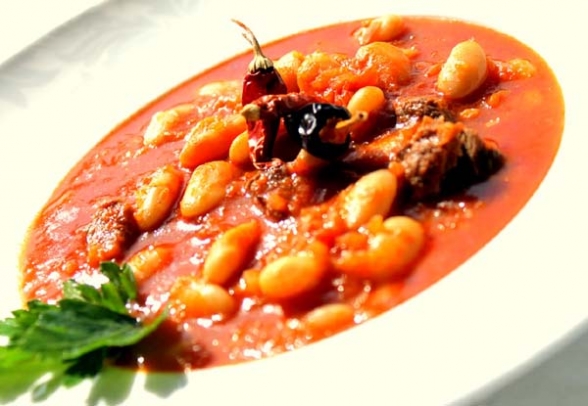 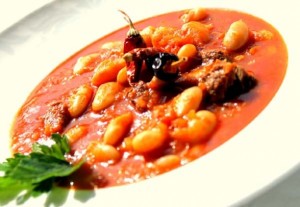 Until we visited some of Istanbul’s shrines to the baked bean, we generally regarded the dish as something eaten out of a can beside railroad tracks. But Turkey takes this humble food, known as kuru fasulye, seriously; that means chefs in tall toques carefully ladling out golden beans in a rich red gravy onto monogrammed flatware, served by waiters wearing bowties and vests. Even in the least formal of Istanbul’s beaneries, the guy manning the pot has the air of a high priest who knows that his incantations alone conjure something unusually delicious out of a simple dry white legume. This is no hobo fare.

There are two general schools of bean cooking in Turkey: Black Sea and Anatolian. Beans Black Sea-style sit in a red gravy so thick with butter and laden with chunks of meat that we eat it with a fork and a hearty piece of bread. Anatolian beans, often known as Erzincan beans, are soupier and cooked in a tomato-based sauce without butter and meat. Either way, you can’t go wrong.