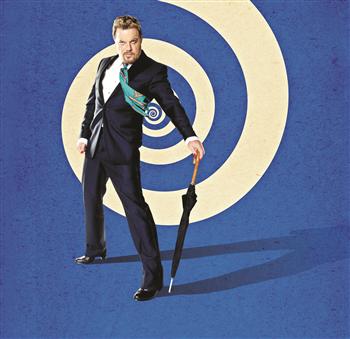 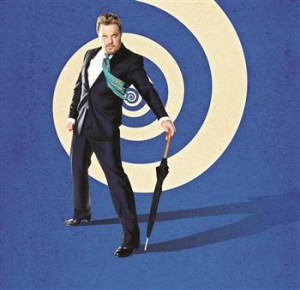 Eddie Izzard, world-renowned British stand-up artist, will be performing in Istanbul as part of his brand-new world tour for one show only.

Izzard, the man who turned talking “bollocks” into an art form, has performed to a sold-out Madison Square Garden New York audience. After spending a three-month residency at the Théatre de Dix Heures in Paris performing “STRIPPED: Tout en Français” (in French) he then became the first stand-up comedian to play a solo show at Los Angeles’ legendary Hollywood Bowl.

The artist now plans to take on the world with a brand-new comedy tour, “Force Majeure.” It will be the most extensive comedy tour ever. It will begin its mammoth journey around the globe during the spring of 2013. From Cardiff to Kathmandu, Moscow to Mumbai, Izzard will visit 25 countries throughout Europe, the U.S., Africa, Russia, Australia, New Zealand, India, Nepal and the Far East.

Izzard also had a starring role in the television series “The Riches” and has appeared in many films such as “Ocean’s Twelve,” “Ocean’s Thirteen,” “Mystery Men,” “Shadow of the Vampire,” “Across the Universe,” “The Chronicles of Narnia: Prince Caspian” and “Valkyrie.”

He is also the voice of Miles Axlerod in the 2011 Disney/Pixar animated film “Cars 2.” He has won numerous awards including a Primetime Emmy Award for Individual Performance in a Variety or Music Program for his comedy special “Dress to Kill,” in 2000.

In 2009 he completed 43 marathons in 51 days for Sport Relief in spite of having no prior history of long-distance running and became an inspiration for other artists.

Izzard will be performing at Maslak TİM Center thanks to Mick Perrin Worldwide, Carl Martin and The Partners for one show only on April 1. Tickets are available on Biletix. The performance will be in English only.