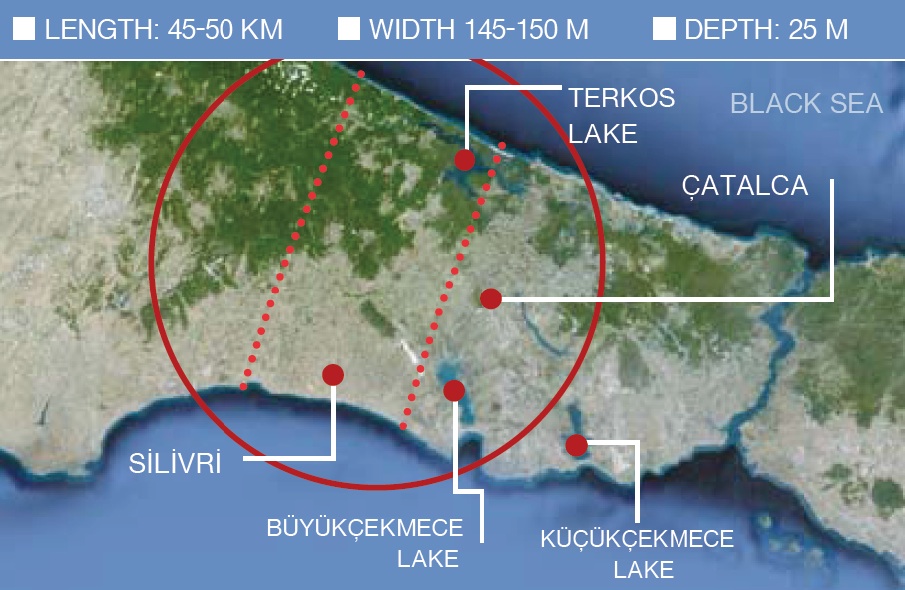 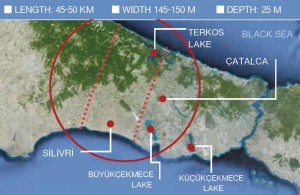 The government has pushed the button for the Canal Istanbul project, which will create a big island on the European side of Istanbul, after the Higher Planning Committee signed the project, two years after it was announced by the prime minister.

The project, which was announced as the “crazy project” by Prime Minister Recep Tayyip Erdoğan during his election campaign in 2011, was signed by the Higher Planning Committee this week, Deputy Prime Minister Ali Babacan said yesterday, according to Anatolia news agency.

Babacan told a panel in Ankara that some roads needed to be rerouted and that bridges needed to be built for the Canal Istanbul project. The Higher Planning Committee made its decision so that the construction of roads and bridges could begin, Babacan said, adding that they had doubts about the possibility of the project at first. “[Now] we believe that this is a realistic project. The environmental planning and preparations must be done carefully and after that, it will relieve Istanbul’s sea traffic,” Babacan said.

Transportation Minister Binali Yıldırım told reporters in Istanbul on April 11 that preparations for the tender would be completed before construction begins.

A 45-to-50-kilometer canal will link the inner Marmara Sea to the Black Sea, according to plans. The canal will be 25 meters deep and up to 150 meters wide. The government is planning to shift tanker traffic from the Bosphorus to Canal Istanbul to remove the risks of cargo tankers carrying dangerous loads through the Bosphorus every day. Yeditepe University Professor Mesut Caşın agrees that the project will remove the risks caused by the tankers.

The project may also help clean the Marmara Sea along with the Black Sea, Caşın told the Hürriyet Daily News yesterday. The project may also replace bad city planning with a better one near the canal and protect older Istanbul from more construction, he added.

“Istanbul’s population continues to increase, and it will reach 20 million. The residential areas near the canal might overcome this problem while also protecting the old city center from new constructions.”
The northern part of the city will see some other major projects as well, with a third airport slated for construction on the Black Sea coast. A third bridge will also tie the Anatolian side of the city to the European side on a route passing through the north of the city.

The government is also working on construction projects in that part of the city to win a bid for the 2020 Olympic Games. While deeming all the projects as significant acts of development for the city’s future, Caşın urged the Environment and Urbanization Ministry and the Transportation Ministry to work very carefully in order to conduct construction that will protect greenery and nature in the north of the city. “The government also must pay attention so that it protects citizens who own property in that part of the city,” he said.The project is not welcomed by all segments of the society, and its location in some of Istanbul’s most important forest and water-basin areas has been widely criticized.

Mücella Yapıcı, the Chamber of Architecture’s head, said the exact location of the project was not yet clear. The canal project and the third airport are not included in the Istanbul Greater Municipality’s city plans. “These projects pose a risk to the water basins and green areas in Istanbul. They are not done for the people; they are done only to find a solution to the problems in the economy,” she told the Daily News.